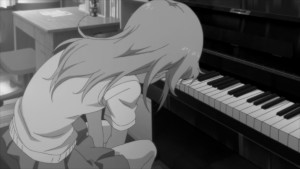 “Swimming with Sharks: Sexual Predators in the Music Industry”

Rachel Grace Almeida, editor-in-chief of ZERO Magazine, published an article in Broadly this past October drawing overdue attention to the problem of the abusive vileness of men against women within the music industry. In the article, Almeida writes of her own attack by a major PR exec in London, as well as of a female music publicist raped while intoxicated by a talent booker, of a female events promoter harassed by a man for whom she was interning, and of a female musician abused and raped by her bandmate boyfriend. Neither Almeida nor any of the other women reported what happened to them, sensing that their accusations would 1) count for less than nothing against the established, successful male shitheads who harmed them and 2) amount to career//social suicide. The music industry is like all industries in that it is male-dominated and hostile towards women who seek entry, a misogynistic hostility enacted by members of the brotherhood along a spectrum of cruelties from the pseudo-subtle sexism of dismissing women’s contributions progressing to sexual violence. In the music industry and every other industry//field//profession women are trained to accept our male bosses’ and co-workers’ devaluations of us and violence against us as a natural “part of the game,” like a rite of passage except instead of going through it once we risk it every day we show up for work. We’re expected to accept and ignore men’s abusiveness if we want to survive, professionally and socially. Necessary to women’s survival is women’s silence. Every woman in the music industry Almeida spoke to had experienced sexual assault or harassment by a man during her career; the prevalence of abuse is well-known among women and yet victims do not feel they can speak out against abusive men, since their ability to succeed in the industry relies on maintaining good relations with its ruling brotherhood. Maintaining good relations means smiles and silence and concession to male power. It means accepting that as a woman in any industry your presumed function from your male colleagues is, in part, as sexual plaything. It means men remain comfy-cozy in the positions that matter (positions of power) and women are traumatized or terrorized or frustrated out of achieving their aspirations.

Women’s silence crystallizes men’s control over women’s lives in the music industry and beyond but, as Almeida writes, “…there is one thing that can be done to help prevent this: A deconstruction of the fear of powerful men. Stories need to be told and people need to be called out if someone has destroyed another person’s life.”

UPDATE  + + + (& if women call these men out for their abusiveness, can we put them out of business? here’s evidence that it’s possible! [ Life or Death PR Publicist Resigns After Being Exposed as Serial Sexual Predator ] + + +